If we're lucky, we get snow once or twice a year.  If we're really lucky, it stays for a few days to allow us to go sledding and cozy up together for games and meals.  This is one of those lucky years!  We got about 8 inches of snow a few days ago and have been making the most of it.  The woods walks are beautiful, the sledding was fantastic, and the meals and games were great.  Today it is melting fast, and we are back to our usual mid 50's winter temps.  Tomorrow it's expected to be upper 60's.  How weird is that?

Kelly, Meg, Cheryl, Mary and Rosie - the saucers are the fastest, but the old Flexible Flyer is the nicest ride! 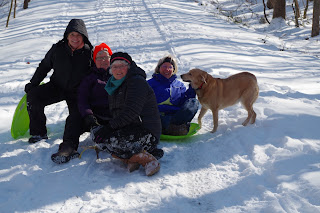 More sledders - Cynthia, Cathy and Mary..... and Captain Caveman (the boxer with the coat!) 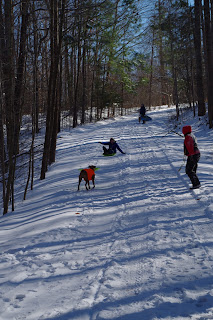 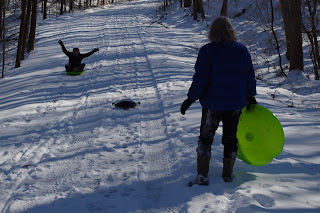 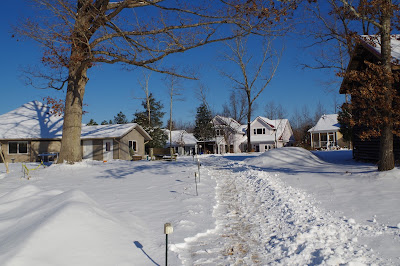 Above - Elderberry from the parking area.


The woodland streams are beautiful lined with white 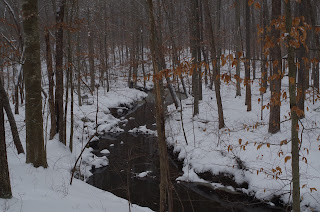 The bridge that connects the S Curve trail with the Sacred Circle Trail.  It DOES have cables to hold on to - but still a bit of a challenge to cross today! 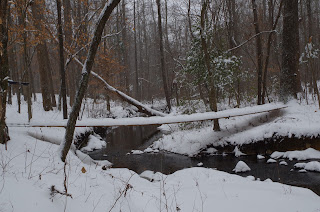 The last 4 homes at Elderberry are under construction!!! 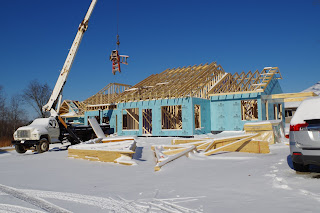 Elderberry from the horse pasture 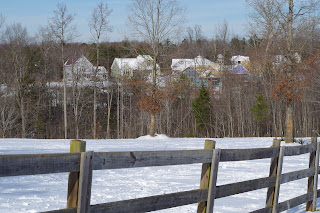 And from the barn in the horse pasture - you can almost see every home! 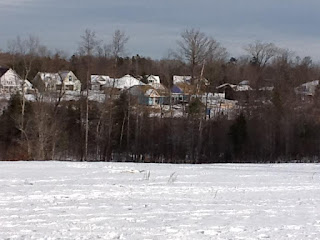 Posted by Mary Bennett at 7:10 PM No comments:


We had our annual solstice party on Dec 21st and it was fantastic.  This party was started by our sister community, Potluck Farm, about 20 years ago.  Our two communities now share a common house, and it has a fabulous kitchen for a party like this.  The idea of this party is to have enough activities to keep us awake all night on the longest night of the year.  We have always had cooking..... a theme menu with people cooking on teams throughout the evening.  And we always have a bonfire. But we also have other activities that are different every year.  This year we had a lot of very unique things......
The theme was Turkish food and the meal was truly great.  Some of the Elderberry kids were there also (in their 20's) and really livened up the late-night part of the party.  Honestly..... we never make it through the night anymore.  Well, Vonda and Cecil sometimes do.  And Vonda is the amazing planner for this amazing party. Thank you Vonda!!!! 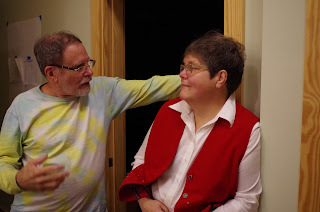 Phil doing something in the kitchen; I have no idea what 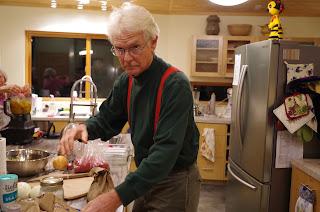 Look out for Paul - he has a knife! 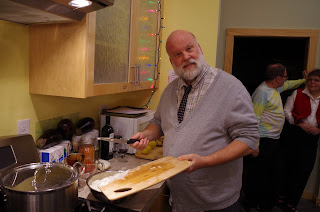 Rosemarie could not find a citrus juicer so used her hands!  We're making a list of what we need in the common house kitchen... 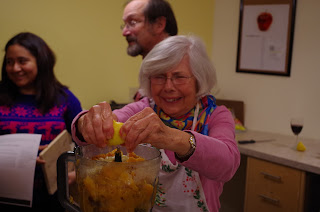 The menu for the evening is up on a flip chart - people sign up for a dish and cook in teams.  The baklava was worth staying up until after midnight! 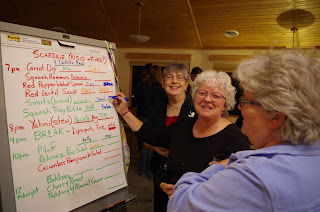 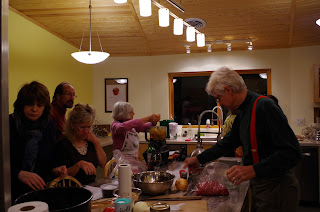 Marj and Leslie - ALMOST looks like Leslie is wearing that Santa hat! 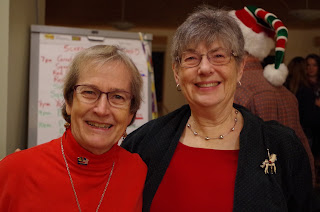 Some of the kids of the Elderberries.... they made it later than everyone, of course.  And they did their own lip sync at about 2am (a few of us were up to see it!) 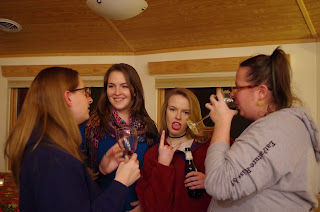 Mary and Joan doing a lip sync to Taylor Swift's Shake it Off!  (they didn't really shake anything off) 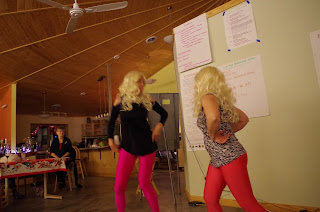 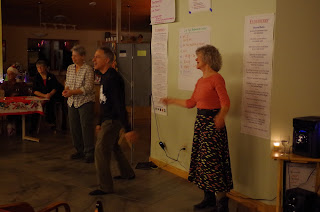 Posted by Mary Bennett at 6:21 PM No comments: