The South Quad is Complete!

We have finished the south quad and are beginning the move-ins!  Very exciting!  Today we moved Dick and Nancy from Potluck Farm to Elderberry.  And we had 18 people there helping out!!  It's wonderful to have a community of people (both at Potluck Farm and at Elderberry) to help and support one another.  We did the move in about 3 hours and then relaxed with snacks and drinks at the common house.  Cheryl was supposed to move today but her floor wasn't ready.  Mickey is arriving tomorrow.  Leslie very much wants to buy the last house in the quad, and is going through our membership process with the hope of moving in Sept or October. 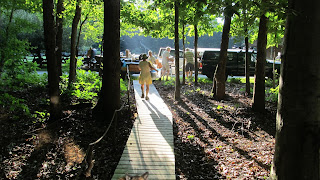 7am - we got an early start due to the heat! 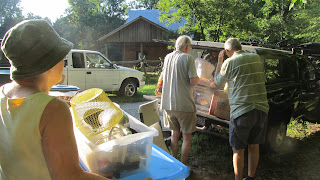 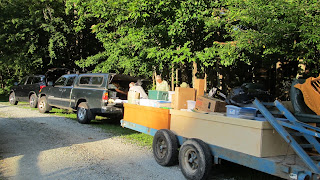 We took over two full loads on the 20' trailer, plus several other vehicles and one other trailer full of stuff! 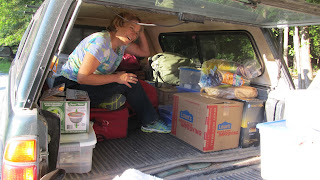 Barb - one of the few of us who could manage to crawl into the back of the truck and root around! 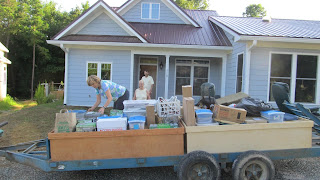 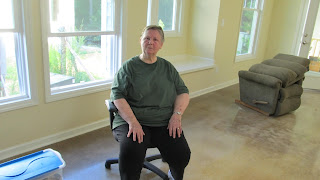 Nancy's job was to sit and tell everyone where to go with the boxes.  When we were done, this room and the kitchen and screen porch were packed full of boxes! 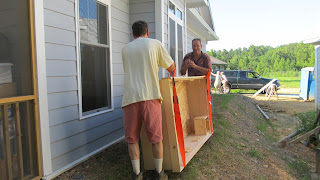 Carl had some interesting contraption for moving stuff, but he and Dave decided that just carrying things the old fashioned way was easier 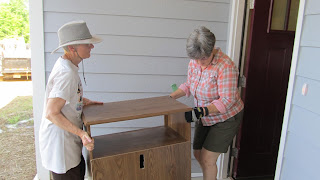 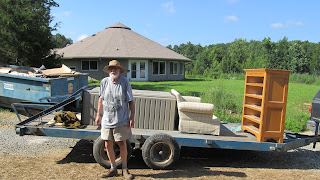 David - he and Ann showed up at 7am on the dot! 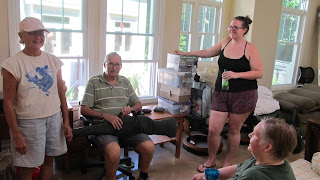 Vonda, Dick, Kate and Nancy - Kate helped Nancy to move all the fragile kitchen stuff and set up snacks and drinks for the helpers. 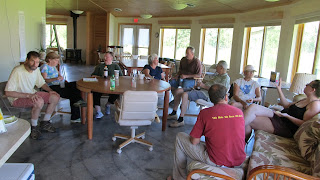 Several of our helpers relaxing after the move.  Done by 10:15!

On a completely separate note..... many of the women in the community get together on the full moon each month.  Last night we were having our gathering in the common house and Rosemarie went out to put up the chickens and saw an AMAZING cloud event.  She called us all out and we watched a huge, white, lightening filled cloud put on a 15-20 minute light show (no thunder - just a cloud that flashed continuously from within....very unusual sight!).  At the same time, we watched the moon rise and it was stunning.  One of our neighbors who saw the lightening-filled cloud took a video.  If I can figure out how to put that up, I'll post it!
Posted by Mary Bennett at 2:35 PM No comments:

Today was a workday, meeting and meal together.  One of our members suggested tapas and sangria for the hot July meal, and it was delicious.  Not too hot either!  It was very pleasant for a mid-July workday and since we are at a high elevation for the area, we almost always have a nice breeze.  We did a lot of mowing and some gardening and work on the laundry room.  We had three visitors today, and we really enjoyed our time with Patty, Leslie and Lucy.  I was mowing a lot of the day so didn't get photos of everyone our working and gardening - we need a full-time photographer! 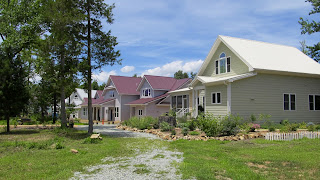 The back row of homes  - nearing completion! 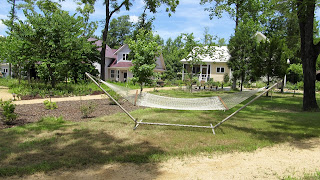 A great place to relax in the central common area - but I didn't see anyone relaxing today! 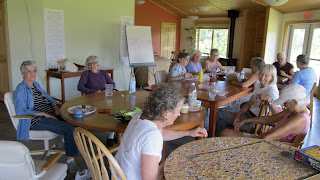 Hanging out together for lunch 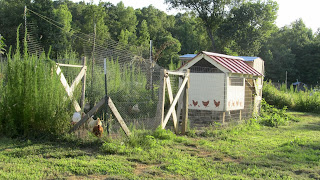 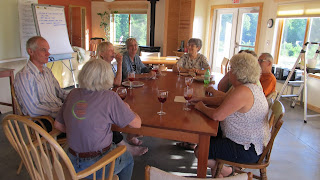 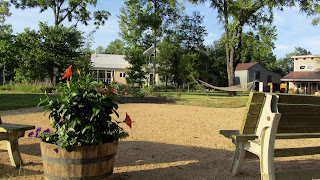 Central circle on a lovely afternoon

Posted by Mary Bennett at 7:17 AM No comments: