When we bought the Elderberry property, it included several old barns and two old houses.  The houses looked pretty tumble-down and we assumed we would just have to take them down. But when we looked into the original house on the property we found that it was a hand-hewn log cabin.  And the logs were in really good condition.  So we tore off two of the rotting additions to the little cabin and made plans to renovate it ... someday.

Well, today was finally the first of the "somedays".  While much of the cabin was good, the floor was totally rotted.  Working with a carpenter who we love (Tony Richardson, who also helped us build our common house), we tore out the rotted floor, jacked up parts of the house that were sagging, and put in a new subfloor.  We also worked on the logs on one of the exterior walls, removing crumbling chinking and loose bark.

Since Tony is from out of town and was staying overnight, it was also a great excuse to have a dinner together! 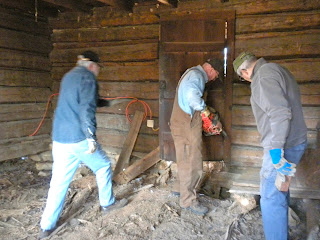 David Thompson (a neighbor from a few miles away who is also an Elderberry satellite member), Tony and Dick clear out the rotted log joists. 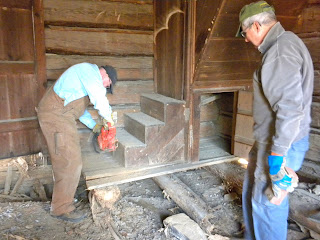 Tony cuts around the old stairway 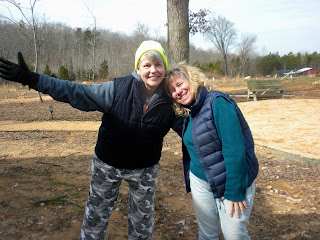 Kelly and Glaeshia.  Kelly always looks after workers.  She brought out water for Tony's dog and brought the workers some pound cake for a morning snack.  Thanks Kell!! 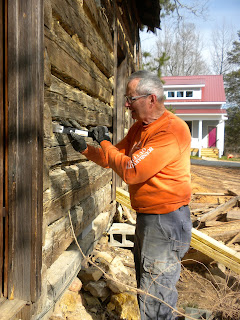 Dick working to remove old chinking from the logs 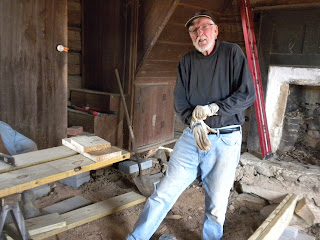 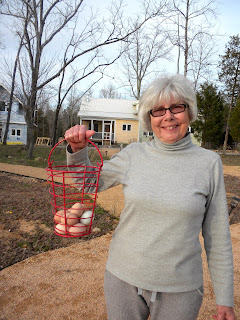 Rosemarie gathering the eggs!  The chickens got out today but Tony's dog Spike wasn't fazed by them! 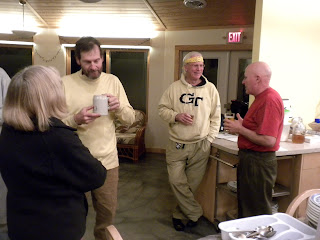 Dinner together.... Anne (made some killer chocolate brownies), Carl, Jim and Tony 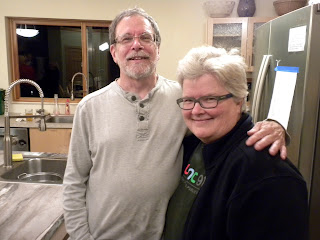 Mike (made a super delicious almond cake) and Meg 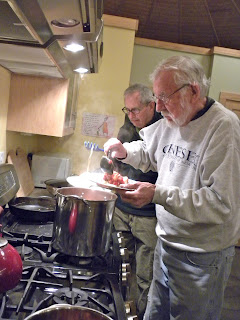 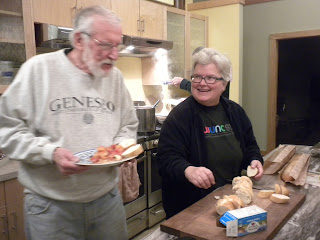 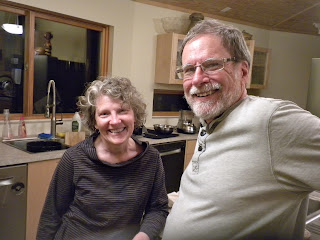 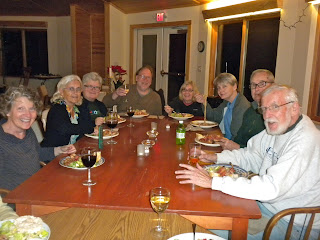 Some of the folks having dinner 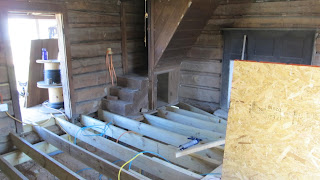 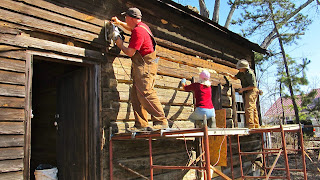 Work on the exterior... Tony, Vonda and Pat 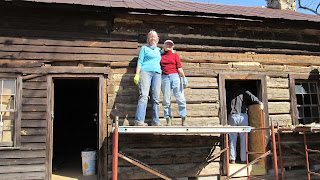