The making of a fence

At Elderberry, we have a shared electrical system that saves our members a lot of money in the cost of electricity.  The down-side is that there are 3 centralized electrical systems that are downright ugly.  For one of the systems, we put up a simple screen to make it blend into the common house.  We are planning a cool piece of art on that screen.  For the second system, the Art Committee decided to make an artsy fence to hide the system.  The initial design was inspired by photos in a magazine.  The Art Committee improved on the design.  The construction involved a lot of people!

Step One - digging for the posts.  Dick, Richard and Mickey helped with this, and with setting the posts in concrete. 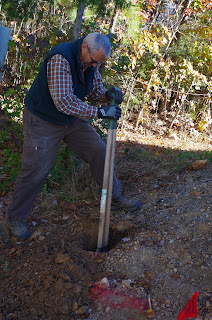 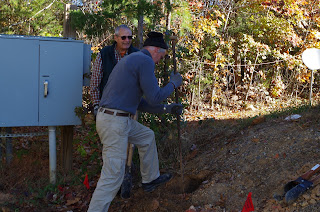 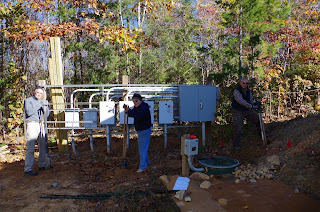 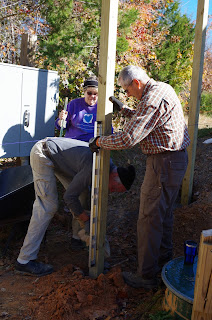 Step 2:  Mary laid out the design on the boards and we had a jigsaw party to cut all the holes.  With all the helpers we cut and sanded over 200 holes in less than an hour! 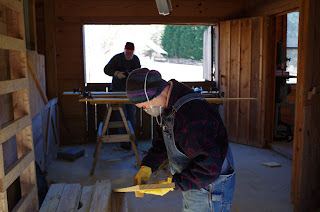 Dick used the drill press to cut the round holes 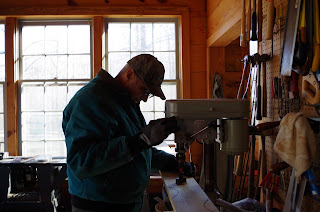 Leslie was at another jigsaw "station" 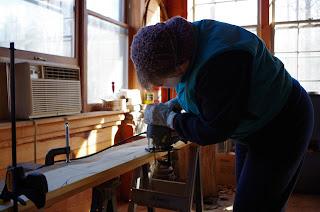 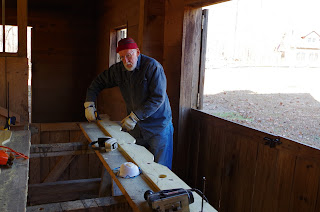 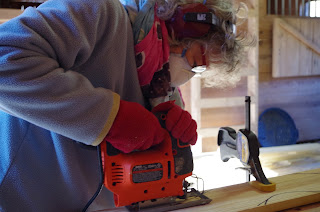 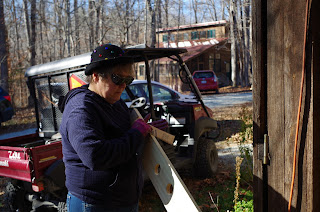 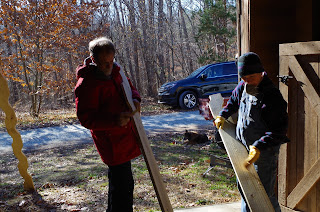 Here's the whole team - PLUS Meg and Kelly came to help but we were already done! 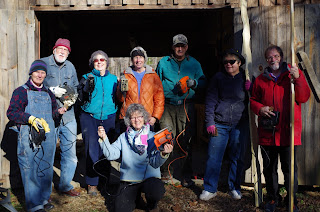 Step 3 - assemble the fence - Mary and Dick did most of this with help from Dave.  Cheryl helped to attach the sun and moon.

The finished product - looks much better than the electrical system that it hides!! 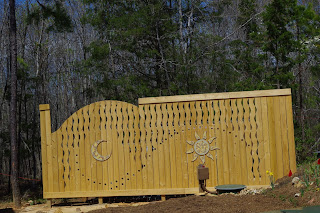