We usually brag about our wonderful climate here in the piedmont of NC.  Sept through June are lovely.  July and Aug are hot, but we are situated on a high point and nearly always have a breeze.  And snow?  Maybe a few inches once or twice a year.  But TODAY, oh my gosh.  We got about 10 inches of soft, sticky snow that clung to everything.  In most respects it was wonderful - extremely beautiful - and it encouraged most of us to just stay inside and relax, or take a hike in our magnificent woods (over 140 acres with stunning hiking trails).  But for a few of us, it was also a hardship.  Our members Diana and David had to brave the roads to get to Duke for a radiation treatment, and Kelly had to get into Durham to work, and didn't quite make it back (parked in a neighboring subdivision).  Still, we were grateful to have power when so many are without, and a group of us had a potluck dinner together at the common house, followed by some game playing, puzzling, and just sitting by the fire.

The north row of homes, blanketed in snow 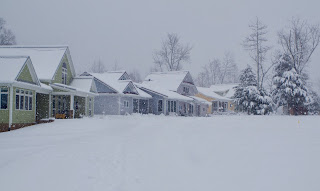 Our path lights were domed in snow - they looked REALLY cool after dark! 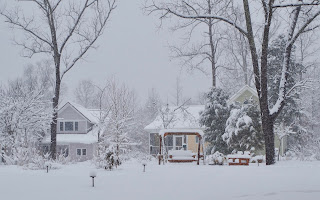 The woods were a winter wonderland 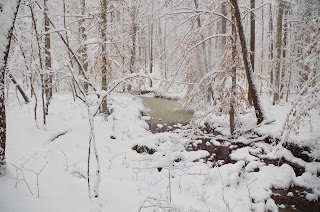 The streams had a little sheen of ice 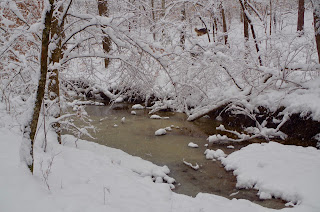 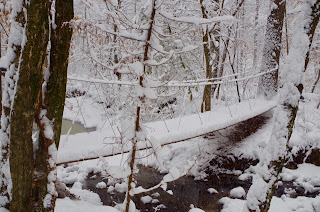 No sign of beaver today - they must be having their own little snow day too! 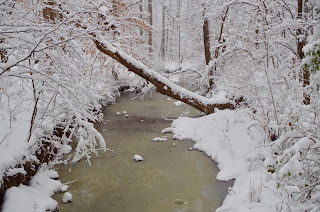 Mary's barn and fence at Potluck Farm - shows how much snow there is, sitting atop the fence rails 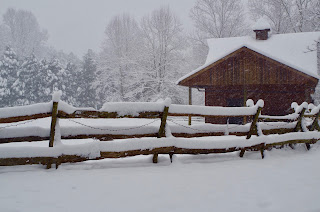 The Elderberry chicken coop - Cheryl had to feed them inside the coop today because they wouldn't come out, but they did lay eggs! 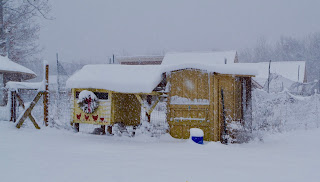 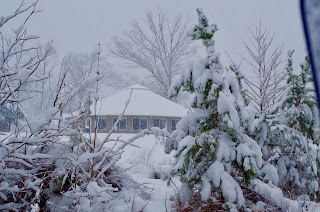 Along the Little Creektop Trail 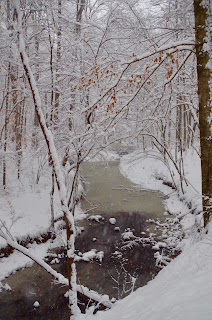 The bridge along the Perimeter Trail 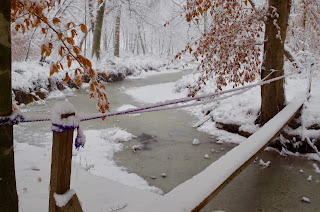 Looking west toward the beaver dam 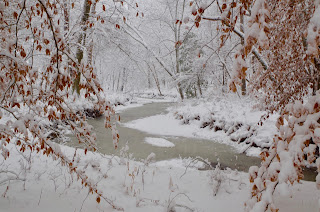 Chuck, Karolyn, Dick, Nancy, Richard, Marj, Mike and Cheryl.  You can tell it's cold - people are still in their coats! 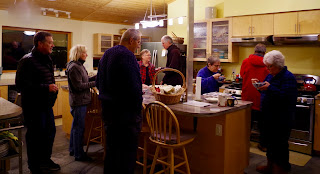 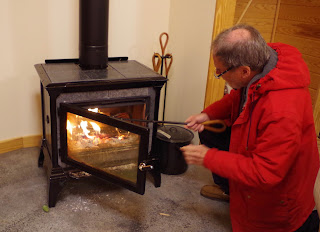 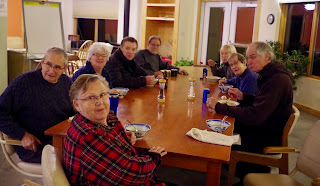 Meg looks ready for the weather!! 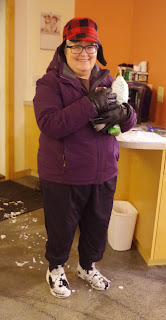 Richard and Chuck just hung out with a drink in front of the fire. 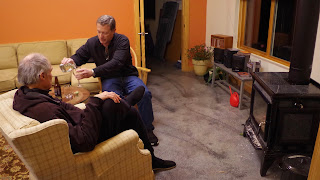 Dick, Cheryl, Nancy and Mary decided to play a game of Euchre (if you are not from the midwest, that is "YOU KER"!) 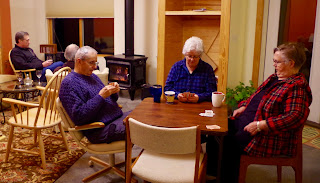 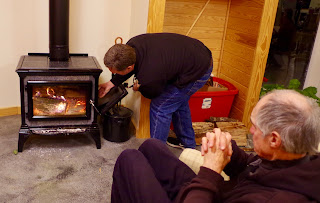 Marj and Mike working on the current puzzle.  Karolyn joined in later.  Apparently this one is not easy, since Mike and Marj gave up, and Karolyn WISHED she had given up. 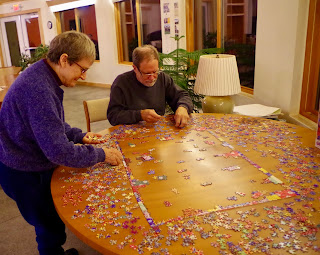 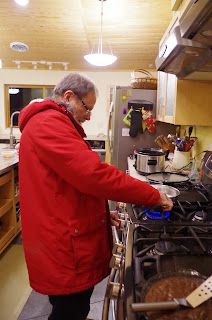